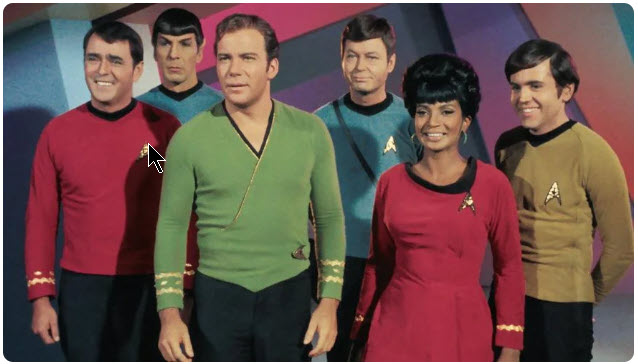 During this time of Covid-19, my mind keeps thinking about Star Trek. I’ve never been a “Trekkie,” but I did grow up watching Star Trek. I thought it was pretty hoaky and often wondered why in the world Captain Kirk thought he was God’s gift to women! I enjoyed the movies that came later and thought Picard was a great captain.

In the Star Trek world, humans “identified as” inhabitants of the planet Earth. I don’t know if there are places in the series where countries and citizenship may have been discussed, but I don’t remember any. The passengers and staff of the U.S.S. Enterprise were Earthlings. Well, Spock was a Vulcan, so perhaps there were other planetary beings, too. But the characters were either Earthlings or citizens of another planet -- Vulcans or Klingons or others -- not Americans, Italians, Iraqis, Russians, whatever -- just humans from Earth.

We Earthlings are all susceptible to Covid-19, regardless of what country, city, or place we are citizens of. The virus is horrible and scary and I wish all the effects of it were not happening, but nevertheless it reminds us that we are all one. Weird, right, that something so evil reminds us of something so beautiful?

Today (Friday, March 28) Pope Francis prayed a prayer called Urbi et Orbi (“'to the city [of Rome] and to the world' - denoting a papal address and apostolic blessing given by the pope on certain solemn occasions.” -- Wikipedia). It’s a beautiful prayer. I encourage you to read it. He used the story in Mark 4:35-41 where Jesus calms the storm to illustrate how we feel in this storm happening in our lives right now.

That story, too, reminds us that we are all one, and that Jesus -- incredibly -- is one with us. In the story, Jesus is in a boat with the disciples.

A furious squall came up, and the waves broke over the boat, so that it was nearly swamped. Jesus was in the stern, sleeping on a cushion. The disciples woke him and said to him, “Teacher, don’t you care if we drown?”
He got up, rebuked the wind and said to the waves, “Quiet! Be still!” Then the wind died down and it was completely calm.
He said to his disciples, “Why are you so afraid? Do you still have no faith?”

We are like the disciples, and Jesus is with us just as he was with them. Right now we, too, wonder, doesn’t he care? Pope Francis said:

Let us try to understand. In what does the lack of the disciples’ faith consist, as contrasted with Jesus’ trust? They had not stopped believing in him; in fact, they called on him. But we see how they call on him: “Teacher, do you not care if we perish?” (v. 38). Do you not care: they think that Jesus is not interested in them, does not care about them. One of the things that hurts us and our families most  when we hear it said is: “Do you not care about me?” It is a phrase that wounds and unleashes storms in our hearts. It would have shaken Jesus too. Because he, more than anyone, cares about us. Indeed, once they have called on him, he saves his disciples from their discouragement.

Jesus, “more than anyone,” cares about me, about you, about all of us Earthlings.