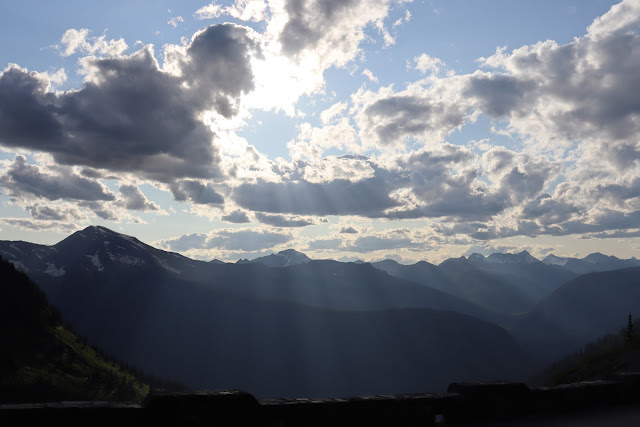 When we camped at Glacier National Park, we had no cell signal except at the office building. One day when I was there, a girl came in to use the bathroom. I would guess she was around 9 or 10, and she had some kind of mental challenge. She made guttural noises but she had some speech and she made it clear to Ruby, the office manager, that she needed to use the bathroom.

The campground had some plumbing issues. When I had used the facilities myself, Ruby told me not to flush it, just let her know when I was done and she would take care of it. They kept a bucket of water near the toilet and had some kind of method for manually making it flush.

The girl went into the bathroom through a doorway in the lobby where I was sitting. She stayed there a very long time and I periodically heard yelling and banging noises. After quite some time, water started spreading out from under the door into the lobby. Ruby came and knocked on the door. “Do you need some help?” No response. She tried again, then said something like, “Just come on out, we will take care of it.” Finally the girl came out and left the building.

Ruby and two other workers got mops, buckets, and rags and managed to get the area cleaned up after quite a bit of work. I said to Ruby, “It’s too bad that girl didn’t have a little more supervision.” Ruby agreed and then, almost in concert, we both said, “But no one knows the whole story.” Then Ruby finished with, “And it’s good they brought her to enjoy the outdoors.”

How kind was that? After all the work the little girl caused, Ruby extended grace. Moments like that give me hope.

How about you? Have you seen interactions between people where the grace of God shines through?​

What can I pray about for you?