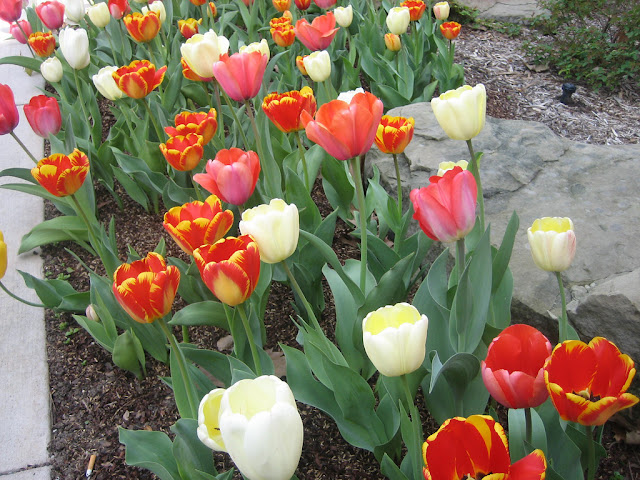 How I learned to love the doctrine of total depravity
When unremitting human sin is something I expect, I can face evil without despair.

My great-grandfather, Anthony J. Haverkamp, was a Dutch Reformed minister. At the height of his career, he was senior pastor of First Reformed Church and a board member at Central College—both in Pella, Iowa, and both flagship institutions of his denomination. He helped shepherd both of them through the Depression and the Second World War.

He was a different kind of pastor than I knew as a liberal Protestant kid growing up in a major city in the late 20th century. His parishioners called him Dominie (“Lord Pastor”). He always drove a black Buick. He did not receive a newspaper on Sunday. He mowed his lawn in a suit and tie and declined to play catch in the yard with his son, telling him something to the effect of, “I’m afraid I can’t be that kind of father for you.”

The Lord Pastor did mellow as he got older. When he re­tired, the new Buick he bought was not black but baby blue. His grandson—my dad, then in middle school—had begun a paper route and approached him about his subscription level, and so it was that my great-grandfather finally received a Sunday paper. As an elderly widower, he moved in with his son’s family and was known to play card games and to dry dishes for my grandmother when there were no children around to help.

The Dominie’s six grandchildren all attended his church in Pella for at least a part of their childhoods. Today, however, not one of his descendants is Dutch Reformed. I am the only one who is an ordained minister, and I’m an Episcopalian. Few of my extended family have much to do with church these days. What is left of our ancestral Calvinism is a strict sense that there is a right way to do things, a best way. To fail to choose or discover that way invites quiet but sober judgment—if not from God, then certainly from family and friends. We, like many Americans, believe in a secular way that worthiness is a visible, consistent, and demonstrable trait—a sort of cultural Calvinism.

In the university neighborhood where I grew up, it was well-established orthodoxy that people are basically good and that the best sort of life is lived trying to make the world a better place. The motto of our neighborhood churches could’ve been that familiar phrase, “The question is not why God allows evil to exist in the world, but why human beings do.” This lesson was reaffirmed both in the gentle Pelagianism of my Catholic schooling and in the sunny work ethic of my mainline Protestant Sunday school classes. Being created in God’s image meant we could change the world, that we could be good and happy people who did the right thing, serving and loving one another.

We didn’t talk much about things like sin, atonement, or the crucifixion. (Our liberal parents probably would have complained.) We didn’t talk about how to deal with the enormous weight of evil and suffering in this world, or how insufficient human efforts can seem in their shadow.

As an adult and a Christian, I want to do the right thing. I keep mental lists of how I want to live more responsibly: eat less meat, recycle, call my representatives, buy less plastic, reduce my carbon footprint, speak up about racism, give to charities, show up at community police meetings. But it never seems like enough. Social media is always ready to help me count the ways I could do more, leaving me feeling more guilty than righteous, unable to keep up. As Paul writes, “I can will what is right, but I cannot do it”—at least not consistently or very effectively. No matter what I do or how hard I try to be righteous, the world spins me to my knees at every turn with more evidence of cruelty, catastrophe, and waste.

I do not feel theologically equipped to handle the enormous weight of evil I see in the world. After all, I was raised to believe that humans are capable of stopping it.

In recent years, the doctrine of total depravity has caught my imagination. It’s the first tenet of the notorious “TULIP” acronym, which came into popular use among Calvinists around the time of my great-grandfather’s retirement as a way to summarize the five main points of the faith. If you’ve never heard the term before, “total depravity” might sound like a joke or the name of a high school metal band. It is, in fact, an astoundingly dire theology. Total depravity frames humans not as good people who sometimes mess up but as messed-up people who, with God’s help, can do some good things—but nothing completely free of selfishness or error. We are unable to make a choice that is unquestionably, entirely good. None of our actions, loves, or thoughts can be truly without sin.

I find a surprising grace in the bleak, unflinching outlook of my Calvinist heritage. Total depravity matches the sin-sized hole in my belly in a way that “all people are basically good” never could. Of course the world is full of evil and suffering. Of course people are unjust and cruel to one another. Of course I feel like a completely inadequate Christian. Of course it’s hard to avoid living as a complicit consumer, pollution enabler, and ineffective activist. Of course I feel paralyzed by despair. It’s because of total depravity.

Total depravity speaks to sin in our personal lives. More importantly for me, it also gives theological definition to corporate and societal sins. It’s not just that I am unable to love everyone I meet or to live a life that is plastics-free. I have also found it impossible to untangle my individual life from systems of injustice—institutionalized racism, pollution of the air and land and water, cheap clothing and food supplies that depend on the exploitation of laborers, banks and corporations that bend the economy toward their profit. A contemporary Episcopal prayer of confession includes this line: “We repent of . . . the evil we have done, and the evil done on our behalf.” There is a lot of suffering and a lot of evil in this world, and I find I cannot consider myself entirely innocent of it.

But why go to the extreme of a doctrine like total depravity? Why not just go attend a workshop on community organizing or on setting boundaries?

It’s just that the more I make the salvation of the world a rational, solvable problem, the deeper I seem to sink into futility. But when unreasonable, unremitting human sin is something I expect, then I can face the headwinds of evil without despair. When I believe that human life—including my own—will never be without sin and suffering, I have a greater ability to tolerate pain and horror and to keep on doing justice, loving kindness, and walking humbly. I can, as Anne Lamott would say, keep singing “Hallelujah!” and looking for grace anyway.

But could this approach numb me to injustice? It may be that numbness is just what I need in order to crawl out of paralysis. I have taken anti-anxiety medication. I find total depravity nearly as effective a remedy for crippling anguish. I can shove my shock and despair at human evil into Calvin’s theological Hefty bag and find more room on my soul’s kitchen table to work on hope and a plan.

I have little evidence of my great-grandfather’s theology in his own words, because his son, my grandfather, threw away the box of handwritten sermons he’d carefully filed after his retirement, not imagining there might someday be a great-granddaughter who’d want to read them. It’s likely, however, that he would have believed in the total depravity of humanity and of himself. Not that his ministry was driven primarily by condemnation or fundamentalism. He was a man of rules and order but also of graciousness and humility. He knew human depravity, and he knew human limits.

He certainly had looked them right in the face in his own life. His first call was to a South Dakota farm town, with a clapboard church that must have groaned and shuddered out in the prairie winds. My grandfather was born there, and my great-grandmother suffered from terrible postpartum depression. She was hospitalized multiple times, which couldn’t have been easy in the 1910s on the northern plains. They left as quickly as they could. After a few years, my great-grandpa took a new call in western Iowa, closer to family.

Years later the Dominie was driving to a meeting with his young adult son (my grandfather and my source for this story) and another clergyman. All of a sudden, the other minister insisted that my great-grandfather pull over to the side of the road, whereupon he jumped out of the car and marched to a nearby telephone pole, ripping down a poster advertising an upcoming dance. (Dancing was not Christian behavior.) The minister crumpled the poster, threw it to the ground, and got back in the car.

For whatever reason, the other minister did not join them for the return trip. So, on the way home, my great-grandfather drove back to that same telephone pole. The Dominie pulled over, got out of the car, and hung that wrinkled dance poster back up. Then he got back in the car, without saying a word to his son, and they drove home.

It’s my favorite story about him. It reminds me that I cannot save the world (or myself) from sin or serve as its judge, jury, or savior. Did my great-grandfather put the dance poster back up because he believed it was wrong, even in the name of correcting sin, to destroy someone else’s property? Was it because he knew his own depravity all too well and believed only Christ could stand as judge? Was it just midwestern politeness? I can’t be sure, but I see him in this story facing a fallen world with humility and integrity—not condemnation, and not despair.
Heidi Haverkamp
https://www.christiancentury.org/article/first-person/how-i-learned-love-doctrine-total-depravity
heard on the Mockingcast, episode 168

@HeidiHaverkamp
Heidi Haverkamp is an Episcopal priest, speaker, and author, including of Holy Solitude: Lenten Reflections with Saints, Hermits, Prophets, and Rebels (Westminster John Knox). Her blog is part of the CCblogs network.