Thoughts on quotes from "Finding God in All Things," an episode on "On Being."


Fr. Martin: I think that joy is different than happiness. Joy is happiness in God. Joy has an object. Joy is about a relationship. Happiness can be very evanescent, can come one day and leave the next. But joy is a lot deeper than that.

Fr. Martin: I was walking up Madison Avenue the other day. I live in New York. And I was — sometimes you overhear these snatches of conversation. And these two guys, these two young executives, were talking and, [laughs] the one said, yeah, I've got to meet my girlfriend's mother this weekend. She's really religious. [said slowly and in a discouraged tone] 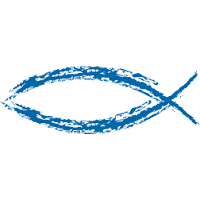 Isn't it a shame that people are bummed out when they say, "She's really religious"? If people are talking about me, I'd like them to say that about me. But I want them to say it with an upbeat, positive, hey-isn't-this-great kind of tone.

I think part of the reason people are often unhappy to hear or know someone is religious is because some people of faith are no fun to be around. They're pessimistic and negative. Or they're like what Father Martin mentioned later in the interview, "the frozen chosen."

But another reason, I believe, is because people of faith are often judgmental, or at least perceived that way. No one wants to meet someone who will look at them and judge them as not measuring up.

Both reasons are a shame, but I think the second one is the most common reason I see this perception of religious people as a downer. I may have written about this before, and I know I've told many friends this story, but years ago (over 20 years ago), I discovered a co-worker was gay. I saw him in the grocery store with his partner. Back then, he was not "out." He even had a photo of a woman with a baby on his desk (turns out that was his sister and niece). When I saw him, I said hello but I could tell he was uncomfortable so I just went about my shopping and left it at that.

I fall short all the time at reflecting God's love. I pray that I get better and better at it. And I hope that someday someone will say, "That Mavis, she's really religious. Isn't that great?!"

Have you had experiences like this, where you realize people perceive you as the opposite of someone who is a follower of Jesus?

Back to beginning of blog series.